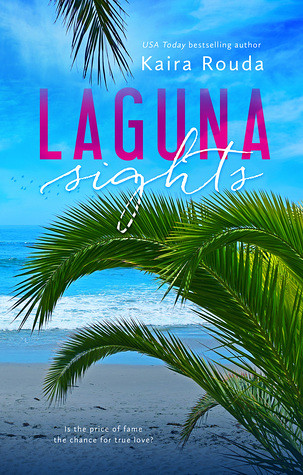 Once you're a star, can you trust other people’s intentions?

Scott Cassidy has lived a blessed life. Growing up in Laguna Beach with a loving family, he was discovered in high school when he appeared on the popular reality TV show, Laguna Nights. Now cast as a doctor on the number one soap opera, his star keeps rising. Finally free from his long-term girlfriend, Scott isn’t looking for love, but when a popular dating app matches him with Jamie Kane, he can’t deny the sparks. But is she really everything she seems?

Jamie Kane isn’t lucky in love or life. Her childhood was tumultuous with a single mom who moved to Hollywood for fame but ended up waiting tables in Malibu. Certainly not one of the spoiled kids she went to high school and college with, Jamie has worked hard to achieve her dreams of being an actress, even as she begins to realize it’s not her calling. Jamie believes Scott may be the answer to everything unless a past mistake makes him doubt their future together.

Is the price of fame the chance at true love?

***Laguna Sights can be read and enjoyed as a stand alone read. And if you enjoy Laura and Paul's story, please consider reading the rest of the Laguna Beach series.

Madison Alcott was back in her hometown, caring for her sick mom and working long hours at the best resort in Laguna Beach. She never imagined she'd return to the place where she became famous on the hit reality TV show Laguna Nights, and the place where she was humiliated on national television. Fortunately, the past had stayed tucked away until her old high school boyfriend appeared in the lobby.

Josh Welsh was a superstar by age eighteen, the bad boy break-out star of Laguna Nights. Since then, his star had lost its shine and he barely was holding onto his Hollywood status. When he was asked to host a new reality travel show, he jumped at the chance. The only problem was the first episode was shooting in Laguna Beach. Of all the reasons Josh didn't want to return home, he hadn't even imagined the worst scenario: running into Madison "Holly" Alcott.

Josh's connection to Madison was still as strong as her anger at his betrayal. When the new reality series forces them together, they must face Laguna Nights past and present, and navigate a journey where nothing is as it seems.
Book available to buy from....
Amazon.com    Amazon.co.uk    ;Barnes and Noble   iBooks   Kobo

Annie and Hank have created a perfect life in Laguna Beach but when a dark secret is revealed, will their marriage survive?

In high school, Annie Johns was the calm, supportive sidekick to the rest of the tumultuous female stars of the hit reality TV show, Laguna Nights. Today, she's living the happy life as a mom that she predicted on the show long ago. There's only one problem: the secret from her past that haunts her most nights, a secret that if revealed could ruin everything she shares with her husband, Hank, the man who saved her from the heartache.

***Laguna Heights can be read and enjoyed as a stand alone novella. And if you enjoy Annie and Hank's story, please consider reading the rest of the Laguna Beach series.

Welcome back to Laguna Beach...

Laura Kinkaid’s glamorous Hollywood life is falling apart. After years of reality television stardom beginning in high school on Laguna Nights, her career and relationship with her long-term boyfriend Scott are fizzling out.

Laura decides to go home to Laguna Beach for the weekend to attend a baby shower for her high school friend. That decision – and a car accident – will lead her to a new future, if she’s ready to take a chance at love.

Paul Dorn’s former life in New York City is far behind him and he’s working in a popular Laguna Beach surf shop when fate brings the most beautiful woman he’s ever met into his life. The attraction is instant and he has an overwhelming desire to protect her. While Paul’s retail sales career is a short-term job for market research purposes, his focus on Laura is long-term.

Will Laura allow a handsome stranger to help her create a future unlike her past, or will the bright lights of Hollywood pull her back to LA?

***Laguna Lights can be read and enjoyed as a stand alone read. And if you enjoy Laura and Paul's story, please consider reading the rest of the Laguna Beach series.

Scott and Jamie met through a dating app. He was at the end of a ten year relationship, and she was trying to put an abusive one behind her. As they grew closer, Jamie’s past catches up with her and causes strife between them. Can the perfect relationship that she has found with Scott overcome him finding out the truth about her past? Or has she lost him forever?

Poor Jamie was so insecure. I can understand how the past can dictate your future. But as this story shows, being with the right person can change you in more ways than you can imagine. There was more than love in bloom going on, letting all aspects of her life click into place. When you have Karma on your side, you have nothing to worry about!

Kaira Rouda is a USA Today bestselling, multiple award-winning author of contemporary women's fiction and sexy modern romance novels that sparkle with humor and heart. Her women's fiction titles include HERE, HOME, HOPE, ALL THE DIFFERENCE and IN THE MIRROR. Her bestselling short story is titled, A MOTHER'S DAY. Kaira's work has won the Indie Excellence Award, USA Book Awards, the Reader's Choice Awards and honorable mention in the Writer's Digest International Book Awards. Her books have been widely reviewed and featured in leading magazines.

Her sexy contemporary romance series set on INDIGO ISLAND includes: WEEKEND WITH THE TYCOON, Book 1; HER FORBIDDEN LOVE, Book 2; THE TROUBLE WITH CHRISTMAS, Book 3; and THE BILLIONAIRE'S BID, Book 4. Each of these novellas can be read as a stand alone, or enjoyed as a series. Her new series is set in LAGUNA BEACH and includes: LAGUNA NIGHTS, Book 1; LAGUNA HEIGHTS, Book 2; and LAGUNA LIGHTS, Book 3 coming winter 2015. She also helped launch Melissa Foster's The Remington's Kindle World with her bestselling novella, SPOTLIGHT ON LOVE, and is part of Carly Phillips Dare to Love Kindle World with THE CELEBRITY DARE. 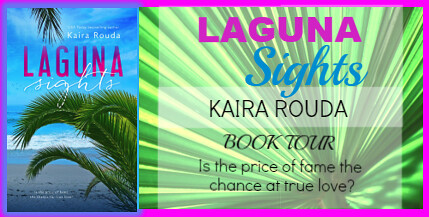 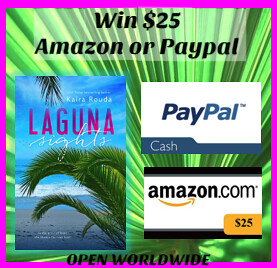