The Thief's Heart Tour and Giveaway 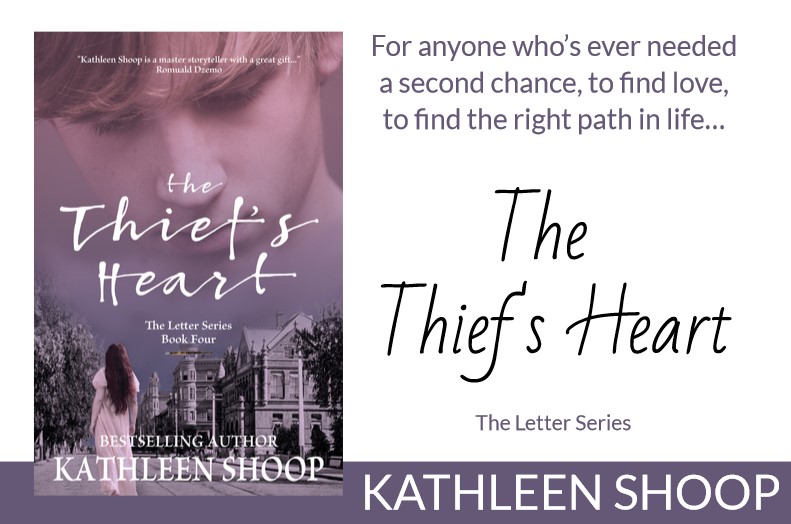 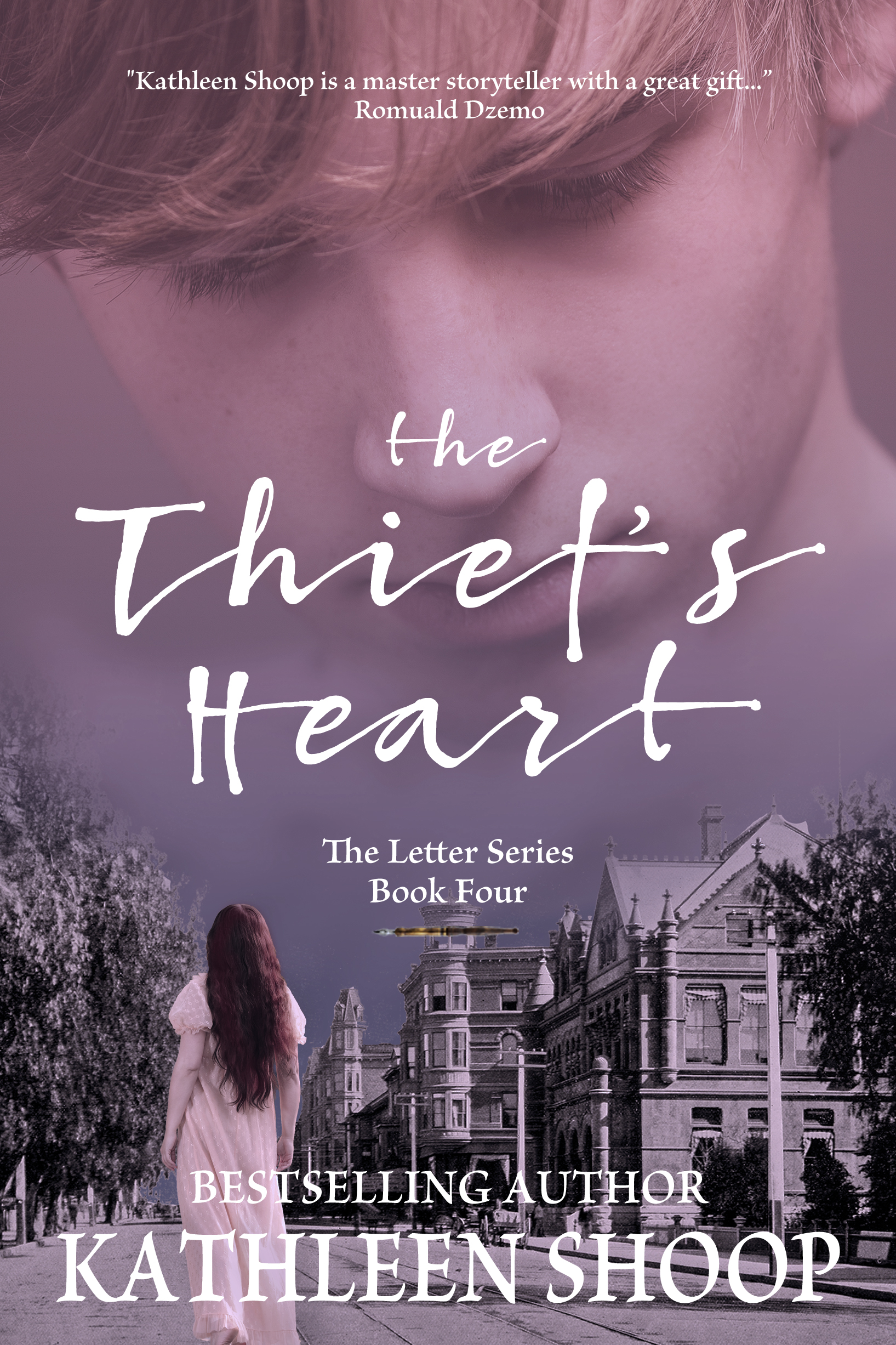 NEW RELEASE....
For anyone who’s ever needed a second chance, to find love, to find the right path in life…
Des Moines, 1892.

After losing their promised inheritance, the Arthur family’s luck finally changes. An extraordinary woman, Violet Pendergrass, provides refuge for them to rebuild their broken lives. Or has she? Handsome fifteen-year-old Tommy Arthur has one foot in manhood and the other dragging up the rear of his boyhood years. He strives to protect and provide for his family, but turning to booze when scared or worried creates as many problems as solutions. Unsure of who he can trust, fiery redhead Pearl Riverside challenges and excites him at every turn, softening his heart toward the idea that goodness exists in the world.

When disaster strikes for Tommy’s little sister, Yale, the actions of a sinister judge, a crooked minister, and the infamous charlatan, Dreama, are revealed. Facing more jailtime as vigilante mobs form, the clock runs down on Tommy’s chance to take responsibility for his own choices. Is it too late for him to save his family, to open his heart and fully love those who need him as much as he needs them?

The Last Letter Series of novels by Kathleen Shoop is set in the Midwest of America in the late 19th and early 20th century. Shoop takes readers on an emotional journey through love, loss and redemption. Inspired by family letters, the novels pull from historical events and places and feature the life and times of the fictional Arthur family as they make their way in the world.

Tommy’s family has had the worst time possible just trying to stay together and survive. No matter how hard he tries doing the right thing, Tommy somehow ends up doing wrong. Not only does his family depend on him, his friend Pearl needs him just as much. But Tommy finally realizes that he needs Pearl too. His past of running with the wrong crowd and being on the wrong side of the law soon catches up with him threatening to break up Tommy’s family, giving him no way out but to tell the truth and face the consequences of his actions.

Katherine wouldn't have believed it if she hadn't found the letter...


In the summer of 1905 Katherine Arthur's mother arrives on her doorstep, dying, forcing her to relive a past she wanted to forget. When Katherine was young, the Arthur family had been affluent city dwellers until shame sent them running for the prairie, into the unknown. Taking her family, including young Katherine, to live off the land was the last thing Jeanie Arthur had wanted, but she would do her best to make a go of it. For Jeanie's husband Frank it had been a world of opportunity. Dreaming, lazy Frank. But, it was a society of uncertainty--a domain of natural disasters, temptation, hatred, even death.

Ten-year-old Katherine had loved her mother fiercely, put her trust in her completely, but when there was no other choice, and Jeanie resorted to extreme measures on the prairie to save her family, she tore Katherine's world apart. Now, seventeen years later, and far from the homestead, Katherine has found the truth – she has discovered the last letter. After years of anger, can Katherine find it in her heart to understand why her mother made the decisions that changed them all? Can she forgive and finally begin to heal before it's too late?

1891—Living separately for three years, fourteen-year-old twins, Katherine and Tommy Arthur, have done their best to make each boarding house feel like home. But unrest grows as they are driven to questionable actions just to survive. Meanwhile their desperate mother is confronted with breaking yet another promise to her children. Then a miracle descends. Hope rises on a cold, rainy night and changes everything. If Jeanie could just get word to Katherine and Tommy, she knows she can set their lives right again. Agitators, angels, and dangerous “saviors” illuminate the Arthurs’ unmatched determination and smarts.

1905—Though she tries to forget the awful years that hurt so much, the memories still haunt Katherine. Now, tearful mourners at her mother’s funeral force her to revisit a time in her life that both harmed and saved her in the most unexpected ways. Tommy grieves his mother’s passing as well. He too is thrust backward, compelled to rediscover the events in his life that shaped the man he has become. Will he commit to reconstructing his broken life? The Arthurs come to understand that forgiveness is the only way back to hope, the only way to find all that was good in the misfortune that transformed their lives forever.

Katherine Arthur and her family are back and it’s time to collect the money Mrs. Mellet left them in her will. The tidy sum will allow the family peace of mind and a future that’s stable and fulfilling. But when things don’t go exactly as planned, Katherine steps up to do more than her share. Hired as a kitchen mistress, her intuition (with the help of a mysterious recipe book), cooking prowess, and work ethic make her the perfect partner for the enigmatic, wealthy woman next door. Then Aleksey Zurchenko arrives.

Violet Pendergrass is a well-heeled, progressive woman with half a fortune in one hand and a plan for enduring prosperity in the other. Resourceful, shrewd, and tough, Violet doesn’t realize her one and only weakness leaves her vulnerable as she attempts to solidify her independence. She sees unparalleled value in Katherine’s gifts and does her best to keep the girl close, to keep her true work secret from her mother and the world.

Katherine’s loyalties to her mother and Violet grow strained and soon her commitment to both frays even further as her feelings for Aleksey grow. Katherine must decide if pursuing her work with the formidable Violet and protecting her family are more important than following love. Can she do it all? Love, hope, joy, secrets buried in walls and hearts; all are threatened by those who claim to care about the Arthurs. Can Katherine separate what’s right and true from what it takes to survive? Are they even different things? 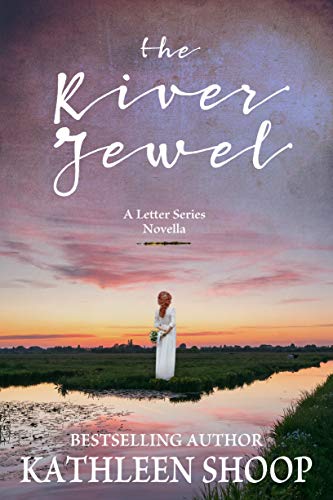 For everyone who hopes to find the perfect match…

The novella, The River Jewel, takes readers of the bestselling Letter Series novels back in time, before there was a last letter, before the Arthurs lost everything, before they knew a girl named Pearl.

Meet Tilly Rabel, a proud oyster-woman, and Landon Lockwood, the troubled son of one of the wealthiest men in America. The two could not be less suited for love. But when an old legend draws Landon to a hidden river cove, Tilly and he find each other, are lured by growing attraction, and repelled by competing desires to control Tilly’s waters. The hidden pool is replete with valuable mussel beds and the source of everything that makes Tilly who she is. Landon sees the illustrious treasure as the path to proving to his parents he is worth their love and worthy of the Lockwood name. Can Tilly trust Landon with her heart, with her beloved mussel beds? Can Landon trust that he has truly changed and doesn’t need his parents approval to live the life he wants?

Heartbreak, triumph, and a very special baby weave a tale sure to please readers who’ve read the entire Letter Series and those who are just starting the journey.


Available to buy from the following sites...
Amazon.com   Amazon.co.uk

Luckily for author Kathleen Shoop, her ancestors kept hold of letters that are now between 100 and 120 years old. The first set of letters was handed down to Shoop from her mother. They appear in the collection called My Dear Frank. They are sweet and hopeful love letters written to Frank Arthur from his then-fiancé, Jeanie Scouller, between July 1882 and May 1883. My Dear Frank only contains Jeanie’s letters to Frank, as his were lost or destroyed at some point. However, for readers who love to bask in the past, Jeanie’s letters make it easy to understand much of what Frank had said, as she responds as quickly as she possibly could. (Read more about My Dear Frank.)

The second set of letters, Love From Mama, was written in the early 20th century. This collection is larger than the love letters as it contains correspondence by Jeanie, Frank, her children, some friends and also relatives. This non-fiction look into the past is a treasure for anyone who loves history in its raw, but real form! (Coming Soon)

Bestselling author, Kathleen Shoop, holds a PhD in reading education and has more than 20 years of experience in the classroom. She writes historical fiction, women’s fiction and romance. Shoop’s novels have garnered various awards in the Independent Publisher Book Awards (IPPY), Eric Hoffer Book Awards, Indie Excellence Awards, Next Generation Indie Book Awards, Readers’ Favorite and the San Francisco Book Festival. Kathleen has been featured in USA Today and the Writer’s Guide to 2013. Her work has appeared in The Tribune-Review, four Chicken Soup for the Soul books and Pittsburgh Parent magazine. Kathleen coordinates Mindful Writing Retreats and is a regular presenter at conferences for writers.

I adore writing historical fiction (The Letter series, After the Fog and Donora Stories that are coming soon!) but am having a blast writing romance like Home Again, Return to Love and Tending Her Heart (Endless Love series). Thank you so much for the time you take to read. 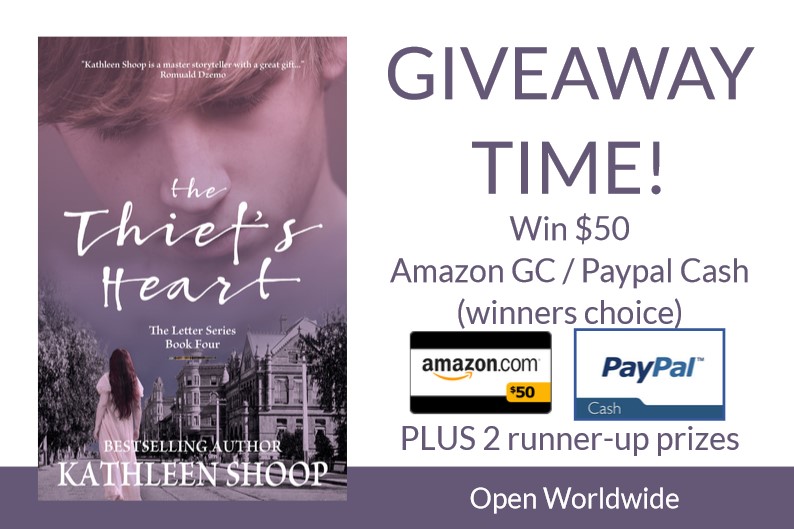 Posted by Julie Baswell at 8:08 AM