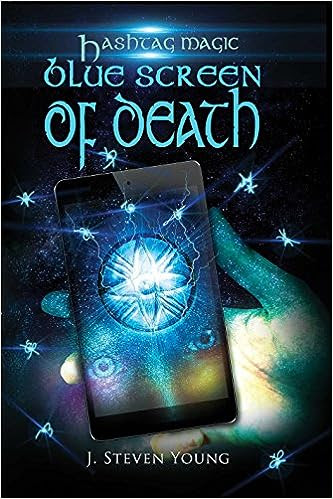 What if you could realize your inner magic with an APP?

Life for Colby Stevens has not been going his way. He’s just turned sixteen, summer has begun, and the bullies in school won’t leave him alone. His only solace at home is a quirky Nana who can’t cook, a resentful and distant older sister and an alcoholic mother who doesn’t even remember his birthday. His dad disappeared when Colby was six years old and the details from that night are a little fuzzy.
Things take a wild turn when Colby’s emotions get the better of him and his bully ends up on the receiving end of humiliation. And Colby never even laid a hand on him. He discovers he possesses an ancient magic his father had bound to keep him safe. When his magic reappears, it’s powerful, hard to control, but at least his strange childhood memories are beginning to make sense.
Colby and his friends end up in an all-day detention overseen by a visiting archeology professor who makes Colby the president of the school’s new club. Something strange occurs to the students, but Colby didn’t conjure it. Seems he’s not the only supernatural in school.
Now, Colby must learn to gain control of his abilities and he creates an app he hopes will help. His muse, an odd little blue man, is assigned to help Colby and to keep him safe. This proves difficult when Colby’s powers get the attention of the rest of the supernatural world. They have plans to take it all away, and will do anything to get it.
Caught in the middle of a war that began at the beginning of time, Colby and his friends must learn to fight back, and learn fast. Not everything is how it appears and the battle to survive won’t be an easy one, but Colby has no choice if he wants to withstand what’s coming.
Blue Screen of Death is a young adult urban fantasy and is the first installment in the Hashtag Magic series by author J. Steven Young. The second book, Control ALT Delete, is now available. Look for the upcoming third installment Web of Trolls.

When Colby was six years old his father walked out. Now ten years later, on his sixteenth birthday, strange things start happening. Things that could only be magic. But that’s impossible…or so he thinks. As Colby learns more about his father and the family background, he starts understanding why he has become the center of this activity.

Colby started out wimpy, but you could tell how much he had grown by the end. It was fun watching him come out of his shell. I loved the blue cat-man. He was an interesting character to follow. This was a fun, young-adult read that had me totally immersed in the adventure. There were a few things left unknown, but I’m sure I’ll learn about them in the next adventure.