Kate's Escape from the Billable Hour 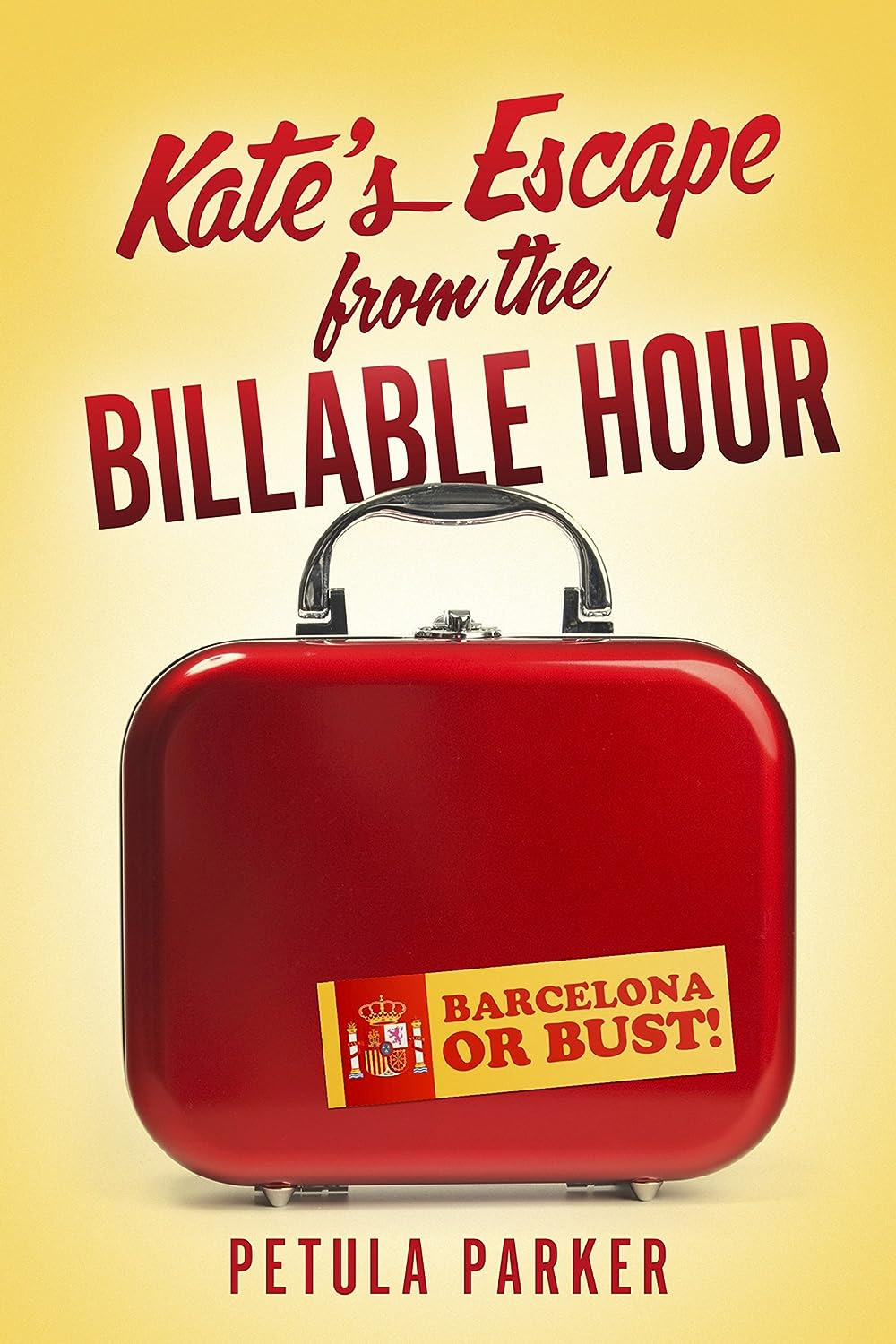 Kate Billings, a burnt-out, second-year attorney working in the dysfunctional world of Big Law, regains consciousness after a late night, career-ending meltdown at the office. Can she scramble to undo the damage? Or does she even want to? Kate is a Red Bull-dependent, yoga-hating attorney at Krapp & Lipschitz, L.L.P., Arizona's largest and worst-dressed law firm. At first blush, Kate leads an enviable life. At only 26, she earns a six-figure salary, owns a quaint downtown bungalow, and has managed to shed the 80 pounds that have plagued her for most of her adulthood. A devastating performance review by firm partners Krapp, Butts, and Waddleberger, however, calls Kate's chosen career into question. Her confusion is compounded by a stranger’s innocent inquiry: "Are you happy?" Finally, when Kate receives her annual bonus -- consisting of a smoked ham and skin concealer -- she cracks. Upon realizing that she has been passively allowing her life to unfold under the belief that at some point things would just click into being perfect, Kate ransacks the partners' offices, quits her job, and buys a one-way ticket to Barcelona, planning to stalk ("it's not 'stalking,' it's 'reconnaissance'") the Spanish exchange student she has been secretly in love with since high school.


Kate Billings was a second year associate at Krapp & Lipschitz Law Firm until her meltdown and she had to take a “sanity break”. Without forethought, she flies to Barcelona in search of Diego, the foreign exchange student who lived with her family 10 years ago. She had never gotten over her crush. Back then Kate was fat, unattractive and awkward. Now that she was thin, attractive and successful, she decided it was time to pursue him. But still plagued by awkwardness, mayhem seems to follow her everywhere. Her journey will take her full circle and end so much different than she expects.

Where do I begin on this? Kate’s hilarious comedic antics and thoughts are never ending. First, what kind of name is Krapp & Lipschitz? Then you have the fungus commercial that brands her as a foot model. Or what about the snakeskin, cat turd, pubic hair, anti-gay producing spell? And believe me, there’s many more. I was laughing out loud enjoying every bit of it. Although Kate’s life falls into place, I would love the author to continue a series on new adventures of her.

My review can also be found at:

**The above opinions are 100% my own, whether I purchased the book or it was given to me.

Petula Parker
Petula Parker was inspired to write Kate's Escape from the Billable Hour based on her own trials and tribulations practicing in the unforgiving arena of Big Law, and her experiences living in Spain. Miss Parker currently resides in the United States, where she avoids attorneys and men who wear denim shorts.