But I Said Forever Review

But I Said Forever 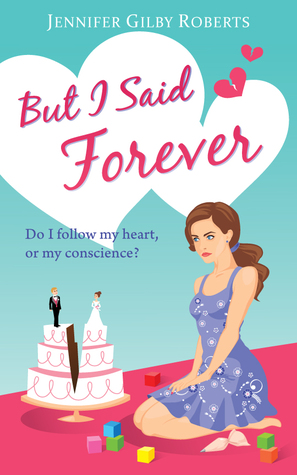 After a whirlwind courtship, Brittany Beresford married her Prince Charming and looked forward to living happily ever after. Five years later, she’s been reduced to a not-quite-desperate housewife, with a husband who spends more time flossing his teeth than holding meaningful conversations with her.

She braves his disapproval and turns working mother and, other than feeling far more drawn to a handsome baker she works with than him, things seem to be looking up. But then Brittany discovers that her husband’s “hobbies” include something even worse than golf - and he expects her to put up and shut up.

Fairy tale illusions shattered, but still believing marriage is for life and wanting the best for her son, Brittany has a choice to make: should she follow her heart, or her conscience?

Brittany is living the dream of every young girl. She’s married to an affluent doctor, has a baby, and a beautiful home. Since moving to a new town to be closer to Phillip’s job, their marriage seems to be growing distant. And on top of that, Brittany is going stir crazy being shut in with the baby day in and day out. When she hires a nanny and goes job hunting, Phillip shows his displeasure but thinks that she will tire of it and go back to being just a housewife and mother. After working a month in a small bakery, Brittany not only keeps the job, but upon learning a secret that Phillip has been keeping from her, she files for divorce. But being sheltered her entire life, will she be able to work and raise a baby on her own?

I resonated with Brittany’s smothered life. It’s a shock to wake up and find you have lost yourself along the way. Every mother needs me time away from their baby, with and without her husband. The author did a wonderful job of giving life to each of the characters. I like the way the relationship between Brittany and Zack was slow moving and the story not focused on it. I also appreciated the humor splattered throughout. It helped to bring balance to the story.

Jennifer Gilby Roberts has a degree in physics and a postgraduate certificate in computing, so writing fiction was inevitable really. She was born and grew up in Surrey/Greater London, but now lives in Richmond, North Yorkshire with her husband, small daughter, two middle-aged cats and a lot of dust bunnies. She also has a grown-up step-daughter and a large extended family (by marriage).

Her job right now is taking care of her younger daughter (who was born three months premature, but is doing just fine now), but previously she worked many thrilling jobs in administration, including one in an insurance claims office (wholly unrelated to the one in 'The Dr Pepper Prophecies'...).

She's written two novels, both in the chick-lit genre, four novellas and a variety of short stories.